E-commerce to generate 12 million jobs in India over 10 years: HSBC 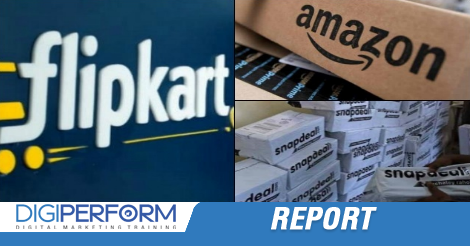 -
1
A recent report generated by the global financial services major HSBC revealed that E-commerce in India will witness a significant uptrend in the coming years lending a helping hand to the job landscape of the country. The report also unveiled that India needs as many as 80 million new jobs in the next decade. “Already employing just under a million Indians, e-commerce could be a new source of service sector jobs,” the HSBC report said. As per the report, the main factors supporting this rise of e-commerce is the young population, rapid smartphone adoption and a digital payments revolution. Moreover, it said that the country is lagging behind China by over 7 years, when it comes to internet penetration & online purchases, and that e-commerce could undergo a similar takeoff. “We find that e-commerce jobs are more productive than the kind India is currently creating. They could also be an easy fit, matching India’s skills and entrepreneurial profile,” HSBC said in a research note. It is expected that with the increase in the online purchases, e-commerce will create 20 million ‘gross’ jobs across logistics & delivery (70%), and customer care, IT & management (30%), however, at the same time a few jobs will be lost in bricks-and-mortar stores. “We model this carefully and find that, on net, e-commerce could create 12 million ‘new’ jobs.” “Business-as-usual estimates suggest India could have a shortfall of 24 million jobs over the next decade. E-commerce could fill half that gap,” the report said. The report also talked about the formation of Taobao villages (digital market places where villagers can set up digital shops) on how it helped e-commerce in China to spread to rural areas. “A similar revolution in India could engage five million village merchants and create many livelihood opportunities over 10 years,” it said. Source: The Times of India
Share on Facebook Share on twitter

You really saved my skin with this inomioatrfn. Thanks!