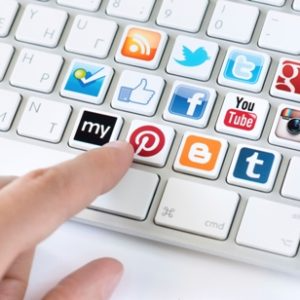 We all see some unwanted posts in news feed of our Facebook page, for instance demise, sorrow or of any sad incident like earth quakes, tragedy etc. But, how do we react after seeing these kind of posts? We either make comment on the post or like despite of not disliking the such posts. This is not only irritates me but majority of Facebook users, therefore they usually ignore such posts instead of liking.
In the world of social media, hate or disliking is expressed by two prime features such as like and comment. That’s why facebook users since long time have been demanding the facebook dislike button because life is not like a fairy tale wherein every moment is remarkable. In reality life is a roller coaster ride and amalgamation of both positive and negative emotions. Therefore in social media too there was a need of button thereby people may expresses their empathy with that specific gloomy moments.
In a fresh Q& A session held at new inaugurated office of Facebook, Mark Zuckerberg confirmed that, of course we have been working on new feature dislike button, but still the process of yet to be completed. Although, it aims to express an unwanted emotions of users.
He further avowed that,” we are human beings so that we may not have same emotions all the time, therefore we were working on it since long time. ”  Since 2009, when like button was introduced by Facebook, the people were fervently waiting for Facebook dislike button
However, it is yet ambiguous that it will be named “disliked” button or anything else. But, of course,  with dislike button Facebook seems to increase the engagement level with people then it was about few years ago.
Furthermore, businesses which promote their business through Facebook surely worried as dislike button may diminish the brand value. While “like” button somehow only leaves positive impression about brand.
But since the pronouncement by Facebook founder, Mark Zuckerberg, concerning “dislike” button mixed reaction amid people were seen. Still, the more features are yet to be seen, and also, question remains that when will Facebook “dislike” button be introduced?