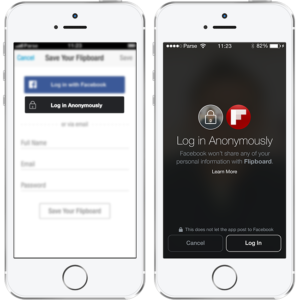 -
0
After Twitter introduced their live video streaming App, Facebook didn’t put any delay in launching their new App by the name of Riff. This new App will allow users to create collaborative videos with their friends. At present, it is available for both iOS and Android users. The best part about ‘Riffs’ is that it can be shared through Facebook or directly on the web. The team is quite excited on the launch of the App. Product Manager at Facebook said that a lot of hard work is done behind creating this App. The team members stayed after hours to work on this side project. Their reason for creating this App was that if people could create videos collaboratively, the creative process would be more fun and the final product would be awesome. This is more of a creative tool introduced by Facebook so that people can easily make videos with their friends. How does the Riff App Work? Once a user installs the App, they can then suggest a topic and then start recording a video for up to 20 seconds. The Facebook friends of the user can then view the clip and can also add in their 20 second video, thus converting a small click to create a bigger length video. Moreover, if the project gets too large, users can easily skip the clips with a fast-forward button. This App was created after inspiration from viral spread of ALS Ice Bucket Challenge in 2014 where millions of people around the world soaked themselves with iced water to raise money for charity. In that scenario, ice soaked people challenge three of their friends to take up this challenge at the end of these videos which further led to a massive viral growth of the campaign. Also Read: How to Boost a Facebook Post Effectively? Anyone Can Earn Followers on Facebook – Social Media Facebook upgrades its Messenger app with end-to-end encryption feature Rules while using the App Few rules have been created while using this App. These are: In addition to the above mentioned guidelines, also the videos can only be shot from within the App and cannot be imported from your phone’s Albums or Gallery. The video creator also has the right to remove added clips from the chain. Facebook has no plans to directly monetize the App. It can also be shared with the URL on a large scale via emails and other social networks through the App.
Share on Facebook Share on twitter