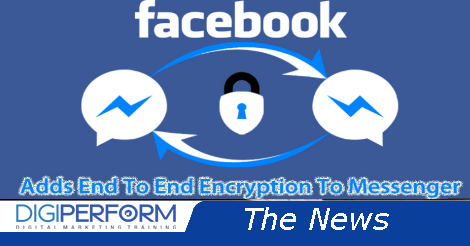 -
0
Very soon Facebook will be rolling out a new feature for Messenger called Secret Conversations enabling the users to create one-to-one conversations with end-to-end encryption. The social networking giant is currently testing the new feature. The users with the help of the feature will also be able to control the length of time for which a message remains visible within a conversation. The most remarkable point of the feature is user can read these messages only on one device and if they have set up Messenger on multiple devices, they will only be able to read the conversation on the one they happen to be texting from. However, launching a Secret Conversation through your device is optional, as a lot of people want Messenger to work between multiple devices but this new feature locks the private messages to only a specific device. According to Facebook the Secret Conversations at present do not support rich content such as GIFs, videos or financial transactions. The new feature is currently being tested with a limited number of users and that the social networking giant will be making this feature more widely available this summer.
Social Media Marketing
Share on Facebook Share on twitter