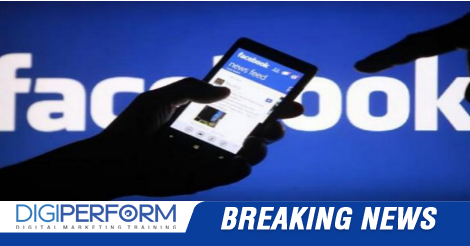 With an aim to boost its mobile app install ads Facebook has launched a new feature called ‘App Event Optimization’ that will target the users with high chances of taking specific actions within their apps. The new scheme will allow marketers to target consumers who are most likely to add an item to their basket, make a purchase or finish a level.

Introduced in 2012 on Facebook, mobile app install ads help the developers in advertising their apps inside the social network’s properties. Since then, this advertising tool has witnessed a number of updates, including launch of a cost-per-action (CPA) bidding model, video support along with the customized calls to action such as “Open Link,” “Use App,” and “Play Game.” However, all of these, cost-per-action (CPA) bidding model is the one that is evolving. Earlier, it allowed the advertisers to bid not only on impressions but even on how many users followed through with the install. However, the new release is taking the things one step further. Facebook product manager Jehan Damji described about how retention within the app ecosystem is “a difficult problem” — after 30 days, only about 6 percent of users will come back to the app. “Not all app installs are created equal,” he said. However, this is what makes the new feature App Event Optimization quite beneficial as the tool work towards delivering mobile app install ads to people who according to Facebook are “likely to take valuable actions within their apps.” Moreover, it also allows the advertisers in further targeting ads based on those who are most likely to add something to their shopping cart, make a purchase, or complete a level. A few very specific actions that can be bid on by advertisers are level completion, launching the app, adding payment information, completing registration, making a purchase, rating, searching, spending credits, and viewing content. Damji also disclosed about how developers interested in App Event Optimization can provide app events to Facebook specifying as to where they want ads to be displayed. This is where the  Facebook’s algorithm looks at the historical data of that app as well as the consumer statistics and then locates the users who fit the demographic before showing the mobile app install ad. Mobile gaming and commerce apps like Poshmark and Smule are already making use of this offer. The new feature is for sure going to change the way advertisers bid for ads. Earlier, the bid was evaluated on the basis of how much they valued the install, however now it’s all about bidding on the value of the action you want to be taken. Though the new feature is available for everyone today but it’s not mandate for every advertisers to use it. Damji said the advertisers can still purchase the standard mobile app install ad campaigns. App Event Optimization supports all of Facebook’s ad types, including its Canvas and Dynamic ads. “We’re now aligning a lot closer with what developers have been asking for,” Damji said. “It’s about really delivering the right customers to the right apps so developers can continue to grow their business.”
Social Media Marketing
-
0
Share on Facebook Share on twitter