How BillBachao amplified its app downloads in India through Twitter 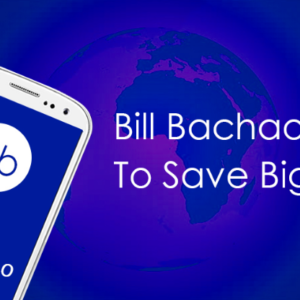 BillBachao is an India-based company that helps people find the most suitable mobile plans according to their needs. The app tracks the usage patterns of the users and applies big data analytics to save money for over 70% people in India who kind of overpay for their telecom services.

BillBachao wanted to increase downloads of its mobile app for which it collaborated with the agency @befoxy to create an app installs or engagements campaign. The target audience for BillBachao is a segment that’s money conscious and mobile savvy i.e. people belonging to the age group of 16-25 and mainly are college students in India.

BillBachao planned to utilize the social networking platform Twitter for sharing promotions, tapping into relevant conversations and engaging with customers. The company made use of keyword targeting for reaching the high-intent audiences hunting for phone plans as well as geo-targeting for ensuring that the campaigns were shown only to users in areas where they operate.

They included a question in the tweet copies in order to make it more engaging and compelling the audience to click through. Due to the question style tweets audience felt like they were a part of the conversation. In fact, as per the data the app campaigns that had a question mark in them drove 8% more clicks. Moreover, it was found that the target audience reacted more to topics related to mobile devices.

Not just that, the team used the campaigns dashboard for tracking crucial metrics that included engagements and cost-per-click (CPC). Conversion tracking helped them in easily determining the campaigns that were driving the most installs and scaling their best-performing campaigns respectively.

BillBachao saw a 56% growth in installation of app during campaign

“We saw a very high retention rate from the users we acquired on Twitter. We also see two to three times more engagements on Twitter compared to most other platforms.”

“Twitter gives us an organic reach more than any other social media platform. It’s the fastest and most effective way for us to establish conversations with prospects and connect with influencers.”