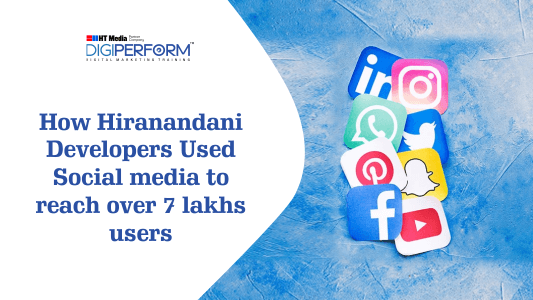 A sneak peek of the complete story:

Hiranandani Developers is a real estate wing of Hiranandani Group. The real estate brand created a well-integrated campaign in collaboration with Amura Marketing Technologies by banking on geo-targeting for a festival based campaign.

The company wanted to reach the hyper local audience i.e. the people currently residing in Hiranandani.

The company collaborated with Amura Marketing Technologies and built a massive campaign in the real estate sector. The campaign utilized Facebook and Instagram by hyperlocal targeting within the geographical area and paid all attention to the brand updates and interactive posts apart from the contest updates for ensuring maximum engagement. The campaign was based on two hashtags #CarnivalOfLights and #DiwaliHiranandani for driving the target audience participation. The team merged both the hashtags keeping the brand and festivity in mind. Hiranandani Developers had invited all their residents to come together under one roof for celebrating Diwali and insisted them on sharing their moments on social media. The real estate brand conducted a digital photography competition luring them with Starbucks voucher. A video was released by the brand briefly outlining the entire campaign. The video presented the entire property of Hiranandani Developers and the varied amenities its offers residents.

#CarnivalofLights and #DiwaliatHiranandani hashtags proved to be quite engaging and lead to overall increase in number of participants on social media pages of Hiranandani. On Facebook, the campaign reached 7,46,282 users with 81,297 actions while on Instagram is managed to reach 51,277 users with 3799 actions. Precisely, the brand received a massive total engagement with 4.5k number of likes increased 41.36k users were talking about it.
FMCG
Share on Facebook Share on twitter