India is one of the most promising markets globally: Facebook CFO 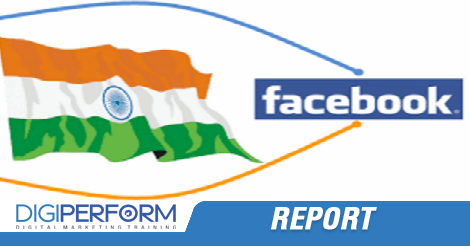 -
0
Facebook proved it once again on Wednesday that it can turn eyeballs into profit when the social networking giant trounced Wall Street’s estimates, sending its shares to an all-time high. With 1.7 billion monthly users, the maker of the world’s most popular app & social website is well ahead of any rivals. With its mobile app & push into video, the social media company has attracted new advertisers as well as encouraged the existing ones to spend more. The report also revealed that India can be one of the promising places for the social networking site. In fact, Asia-Pacific, mainly India was clearly pointed by David Wehner, chief financial officer of Facebook, as one of the brightest areas for continued user growth. The region “has been a consistently good performer for us over the last several quarters and we will continue to invest our global sales resources to drive opportunities there”, Wehner said in an interview. As per the report, the social media company’s shares were up 5.4% in after-hours trading at $130.01, after reaching their highest since the inception of the company in 2012. “Facebook has shown that you can be a giant and you can be innovative,” said analyst Patrick Moorhead of Moor Insights & Strategy .”What is working very well is their very quick shift from desktop to mobility . This was their biggest issue when they went public.” Mobile advertising revenue as revelaed by the report accounted for 84% of the company’s total advertising revenue, in comparison to 76% a year earlier. Besides, a recent report generated by the market research firm FactSet StreetAccount also unveiled that the total advertising revenue surged 63% to $6.24 billion, surpassing the average analyst estimate of $5.80 billion. Moreover, chief executive officer Mark Zuckerberg said on a conference call with analysts  that the time spent on its suite of apps, including the main Facebook app , Instagram and Messenger has increased ‘double digit percentages.’ Source: The Times of India
Share on Facebook Share on twitter