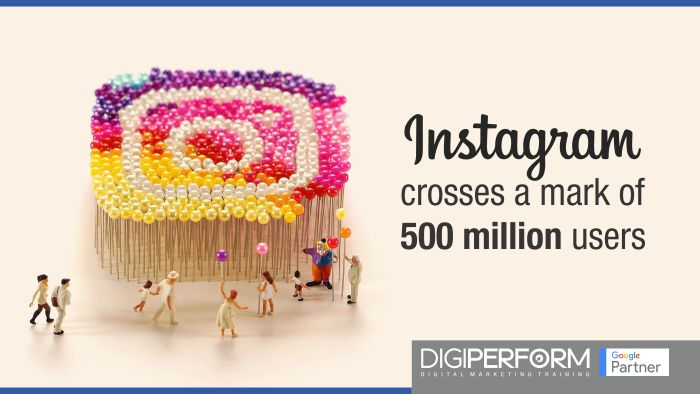 As announced by Instargram on Tuesday, the photo sharing app has now crossed half a billion mark monthly active users, up from 400 million in September. Out of the 500, over 300 million people use the app every day, as stated by the company. The most remarkable point is that its international growth is also robust with over 80% of users now living outside of the United States, which was 75% in September. Though it’s difficult to make out from the latest number as to whether Instagram’s change to an algorithmic feed has had any impact on growth.  In fact, the new stats come at a time when users were quite unhappy with the changes the company has made to its app, mainly its feed, which shifted to an algorithmic-based model. However, if the change has any impact on its growth & engagement, it’s really hard to distinguish from the latest numbers the company has shared. The report reveals that Instagram now exhibits over 95 million new posts and more than 4 billion likes each day. Of course the photo sharing app could be smaller in comparison to Facebook and WhatsApp in terms of active users still the growth it has suggests the photo app is well on its way to the billion user group.
Social Media Marketing
-
0
Share on Facebook Share on twitter