Internet traffic in India to grow over four-fold by 2020: Cisco 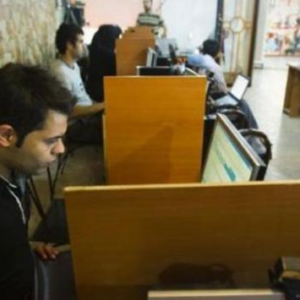 -
0
Internet traffic in India is expected to grow four times by 2020 at a CAGR of 34% from 2015. Its consumption size will be equivalent to 12 billion DVDs per year, as per Cisco Visual Networking Index. The main factor that’s accountable for driving this whopping growth is the addition of over 600 million new internet users as well as the increasing mobile access, wi-fi expansion and demand for video services. “India finds itself in the middle of a digital revolution and, by 2020 Internet traffic will be equivalent to 249x the volume of the traffic in 2005, growing at a compound annual growth rate of 33% y-o-y,” said Sanjay Kaul, Managing Director, Service Provider Business, Cisco India & SAARC. “Much of this growth will be fueled by massive consumer adoption of personal devices and use of machine-to-machine connections,” he added. In India, smartphones will make up for 37% (702.1 million) of all networked devices in 2020, compared to 18% (239.4 million) in 2015. With video being the main trigger, the IP traffic here will increase by four times by 2020. Nearly 69% of all networked devices is predicted to be mobile-connected in 2020. Of the total IP traffic in 2020, smartphones and tablets will make up for 48%, significantly up from 17% IP traffic in 2015. The growth hold a good news for consumers using internet on mobile phones as well, as the prediction say the average mobile connection speed will also grow three-fold to 3 Mbps in 2020. Moreover, the report also revealed that due to the demand for higher video resolutions, more bandwidth and processing speed, there will be an increase of in the use of internet by six times in 2020 with a growth of 45%. Apart from this, there will also be a significant growth in machine-to-machine (M2M) communication that of 12 times, accounting to 63% in mobile data traffic. The unrelenting increase of mobile data traffic, networked devices and M2M connections will substantially impact almost all the sectors including retail, healthcare, transportation, agriculture, manufacturing and so on, as the next decade dawns.
Share on Facebook Share on twitter