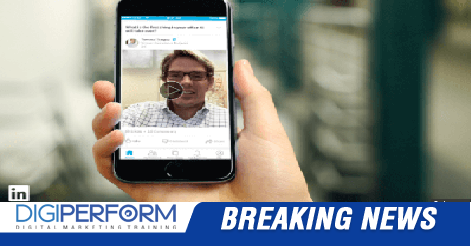 -
0
While almost all the social media platforms are launching one or the other video-related feature, LinkedIn planned about jumping on the bandwagon by offering video sharing options of up to 30 seconds. Taking the best of video capabilities from other social media platforms and infusing them into one, the company has launched its 30-second video feature. The new update will be available to all the LinkedIn users on web & mobile devices on the iOS & Android platforms. In an initiative to encourage interaction between users and influencers in the form of a Q&A, LinkedIn has tried making the platform slightly more engaging while not allowing their business-oriented approach from holding them back. However, as of now the social networking site for professional is granting video uploading privileges to an invitation-only group of 500 influencers out of the 433 million users on it. These influencers are found to be regularly posting content to the platform and have a significant number of followers. “Today your LinkedIn Feed will come to life in a whole new way with the introduction of 30-second videos from LinkedIn Influencers. For the first time, we’ve invited more than 500 Influencers on LinkedIn to share their thoughts on trending professional topics and news, ranging from diversity and workplace culture to education and innovation — all through the richness of video,” said Jonathan (Jasper) Sherman in their official blog. A separate app, ‘Record’ launched by LinkedIn will be exclusively available to the list of influencers with access to video uploading privileges. However, every Linkedin user will able to respond & interact with the video through comments apart from viewing the videos from any influencer they follow on their feed. This is the first major update after the social networking giant is acquired by Microsoft this year for $26 billion.
Social Media Marketing
Share on Facebook Share on twitter