Mobile data use to increase to 7GB per month by 2021: Ericsson 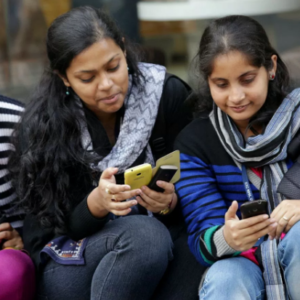 -
0
According to a recent report released by telecom gear maker Ericsson, average mobile data consumption per Smartphone in India is predicted to spike up five times and will account for 99 per cent of total traffic from mobile phones by 2021. The growth is attributed to the rapid increase in the number of smartphones. “Data traffic per active smartphone is expected to increase fivefold from 1.4 GigaByte (GB) per month in 2015 to 7 GB per month by 2021. In 2021, 99 per cent of the region’s mobile traffic will be from data,” Ericsson Mobility Report India edition released today said. Besides, the rise in mobile applications usage and spread of high speed network are some more to add to this growth in data consumption. “The WCDMA or HSPA (3G) population coverage is projected to increase to 90 per cent by the end of 2021, the population coverage of LTE (4G) networks in India is expected to reach 45 per cent by the end of 2021 in India,” Ericsson India Region Head Paolo Colella said. As far as the number of smartphone subscriptions in the country is concerned, it is expected to record a significant jump and touch 810 million by 2021, as per the report. The study also revealed that mobile phone users in India prefer voice over data services, signaling the fact that these are smartphone users who drive the need for better data services and the idea is they are even ready to pay for good service. “Young smartphone users aged 15-24 years old drive the need for better data speed and data coverage and have a higher inclination to pay a premium for the same,” the report said. The report also unveiled that people in India are mainly fond of streaming music and watching videos as the forms of entertainment and the top mobile app used on smartphones is WhatsApp Messenger. “Around 50 percent of smartphone users stream music on mobile apps every week, and more than one in two internet users watch short online video clips on a weekly basis,” the report said. Talking about the e-commerce apps such as Flipkart and Snapdeal, these are booming high in popularity the country. At the same time, by average monthly data usage, file sharing app Xender is the top mobile app followed by file sharing app SHAREit and the YouTube video sharing app. Earlier this month Ericsson also released a report called ‘global Ericsson Mobility Report’ that unveiled how with over 21 million net additions India grew the most in terms of mobile subscribers in first quarter this year followed by Myanmar and Indonesia with over 5 million net additions, the US and Pakistan with over 3 million each. Source: PTI
Share on Facebook Share on twitter