Online only retailers booming faster than multichannel ones: IMRG & Capgemini 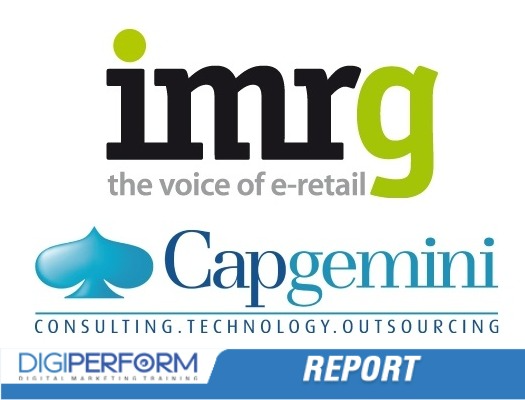 -
0
A recent report generated by IMRG & Capgemini unveiled the fact that online-only retailers are booming at a much faster rate than multichannel ones, witnessing a higher average basket value at the same time. The report based on the data from the IMRG Capgemini eRetail Sales Index revealed that online-only retailers are up +24.8% year-to-date (Jan to June) in terms of online retail revenue growth, while multichannel retailers at the same time are lagging behind on +9.5%. Talking about the year-on-year growth, the average difference between the two groups over the past 12 months is 13%.

Reasons behind online-only retailers booming faster than multichannel ones!

It’s been almost an year beginning from July 2015, the IMRG Capgemini Sales Index has been monitoring a consistent difference in online retail revenue growth rates – with online-only retailers up +24.8% year-to-date (Jan to June) and multichannel retailers back on +9.5%. However, the difference between the two groups reached a record-high in June 2016, when growth for the online-only retailers (+32.4%) was a full 23 percentage-points ahead of the rate for the multichannel retailers compared with June 2015. The average gap between the two groups in year-on-year growth over the past 12 months is 13 percentage points. Year-to-date in 2016 (January to June), the average basket value for online-only retailers is also £6 higher than that of multichannel retailers. Andy Mulcahy, editor, IMRG, said: “Another trend that we observed just before this gap emerged was a sharp upturn in sales growth through smartphones – and all the evidence points to this being a significant factor. As smartphones have evolved from being used in retail primarily for research purposes to being major devices for completing purchases too, the gap between online-only and multichannel retailers has grown and remained consistently wide. “While multichannel retailers have been under pressure to focus on rolling-out services such as click & collect and ensure it operates efficiently it seems that, generally speaking, online-only retailers have been able to invest more in mobile optimisation and are reaping the benefits as these devices continue to grow in importance for shoppers. It shows just how key smartphones have become to the overall retail experience.” Bhavesh Unadkat, management consultant in retail customer engagement design, Capgemini: “With the e-retail boom showing no signs of abating, there are opportunities for every retailer to capitalise. It’s important that online-only retailers continue their momentum in e-retail, while multichannel retailers do all they can to catch up with their ‘pure play’ counterparts. “Whether physical, online only or multichannel the retailers that will succeed will be those that best use data and insights together with providing a seamless relevant customer experience to their customers. It will be fierce, it will be competitive and we will have further breakthroughs in technology – may the best retailer win!” Source: www.imrg.org/ www.capgemini.com
Share on Facebook Share on twitter