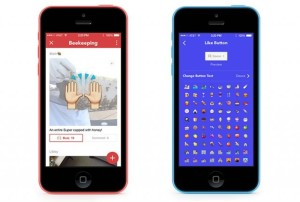 -
0
From the past many years, Facebook is in the process of becoming the center of all internet conversations which proves very well with the introduction of this new App, “Rooms.” This app is primarily designed to recreate chat rooms and forum discussion boards of internet yore wherein a community of like-minded users can easily talk about subjects irrespective of any topic by keeping the anonymity of web. In addition to take on a pseudonym, the best part of this app is that it does not allow users to login with their Facebook account or even an email address. As mentioned earlier, you can create discussion rooms related to any topic. Whether you want to share photos of a festive celebration, home cooked videos or any other topic, through these rooms you will be able to communicate with other with text, videos and photos. Another interesting feature of this app is that if you are the owner of the room, then you can customize it by adding a cover photo and also changing the colors and texts of the discussion boards. What’s more! The room administrator also has the authority to pin posts and assign users as moderators. The only hassle involved is while joining a room. This is a complicated issue as the invites are shared using a QR code. If the room has not been set to public, the only way to join it is by taking a snapshot of the QR code invitation or if the owner sends the invite.

This app is created in Facebook Creative Labs by Josh Miller and his team from Branch after Facebook acquired the company in January. Miller says that he wanted to create a space on the web that allowed everyone to be whoever they want to be. “It doesn’t matter where you live, what you look like or how old you are – all of us are the same size and shape online,” Miller wrote. Further, he mentioned in his blog post, “From unique obsessions and unconventional hobbies, to personal finance and health related issues – you can celebrate the sides of yourself that you don’t always show to your friends.” ‘Rooms’ is considered to be an interesting new development from Facebook as this app exists completely outside of the social network. Using hashtags to create trending topics hasn’t produced intense community discussions and hence rooms can be a new strategy. At present, this app is only available for iOS in the Apple Store. However, there appeared to be some issues with the app’s availability on iTunes. People who attempted to download the app after its release reported error messages.