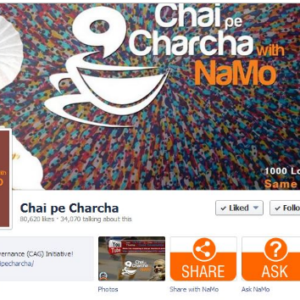 -
10
Every citizen across the world knows that Narendra Modi is a politician and Prime Minister of the India. But very few people know that he is amongst most updated tech geek in India, who foresee the power of technology or digital media then he was chief Minister of Gujarat. And because of him common man could become aware about the Digital media. Additionally to connect with more Fresh Graduates he kicked off Digital India scheme so that more youth could come on this biggest democracy. Since then the digital platforms have come into existence in India, several or only few companies used these platforms to sell their products and services. Although utilization of digital media for the first time done in recent general election by visionary prime minister Narendra Modi. With the passage of time and success in elections aroused certain questions in the psyche of the preeminent marketers or advertising Gurus that has Narendra Modi got tremendous success because of effectively use of digital media? Research done by foremost Psephologist says that through digital media he could convey his message clearly. In other words social media platforms facilitate him deliver his message to large people and with ease.

Narendra Modi with his team was quite active on social media since 2009, but as BJP declared him as Prime Ministerial candidate, upsurge use of digital media was seen. In sixteenth general elections nearly 814 million of 125 crore populace were eligible to vote. In order to reach out to huge mass or potential voters, all the channels of digital media as well as offline medium were used so that could be accomplished to more voters. In addition, so as to get support of lower income group and farmers Narendra Modi and his team initiated programs like Chai Pe Charcha through live interaction. Also, in order to augment the voter base website named India272.com, namonumber.com was launched. On Facebook page” I support Narendra Modi” had become very popular amid people. Along with make sure that large numbers of people come across with Modi’s rallies and speeches whatsapp number 07820078200 was also launched to boost up the campaign.

What in fact digital marketing has done for him? What was the role of social media in bringing or making him a PM of India?

Through social media Narendra Modi’s opponents could know that much support he has of public, and this support infused positive energy and gusto amongst his cohorts. As a result envies demoralized seeing this sort of enthusiasm amongst public about Modi. Advertising Gurus like Sam Balsara, Piyush Pandey and Prasoon Joshi were the ones who created catchy slogans like “Janta Maaf Nahi Karege”, “Ache Din Anne Wale hai”. These catchphrases became viral on social media as well. And “Ab ki Baar Modi Sarkar“had become a tag line of BJP as well. Facebook Page “I support Narendra Modi” has got about 8million likes, and slogan “har har modi ghar ghar modi” went viral across social media platforms. Through social media he not only disclosed the bad doings of congress government but also made voters aware about their voting rights. And through digital media he made people aware about the development that was done in Gujarat. Moreover, as digital media is a two way communication so as to keep public engaged he used to reply on their comments. However, Narendra Modi has been considered a progressive man, who wishes to bring in latest technology in India. That’s why he was supported by urban class population. An urban population which uses technology the most extended support to him. And support and love was seen in terms of likes, shares, comments, retweet etc. He understood very early that these elections were hugely influenced by youth therefore whole of his strategy accordingly planned and implemented. And youth who was seeking such as kind of leader, and through social media each other could connect as well as engage with ease. This is for the first time that Indian elections were fought as presidential election of United States of America. Narendra Modi’s marketing strategy not only created a synergy but also amazed preeminent marketing Gurus and pundits of across the world.

Twitter Narendra Modi has third largest followers on twitter after Amitabh Bachan and Shahrukh Khan. At present he has around 13.7 million followers. Only his voice keeps a lot of weight whether it is on online platform twitter or off-line. During elections he makes maximum use of this platform to reach out to target masses. Most important thing being targeted heavily by opponents he did not block a single person for opposing him on social media. Facebook Narendra Modi has got more than 29million likes on his page and most fascinating thing you might have found on his FB page is that every post is written in English instead of Hindi. Generally he speaks Hindi but however to hook up youth use English. Youtube Narendra Modi’s youtube channel has about 254611 subscribers and he constantly uploads videos regarding any event. During elections he kept on uploading videos of his rallies for viewers. Google Plus Google plus, social media platform where Narendra Modi enjoys 2,749,196 followers and 352,183,305 views and at present also he posts recent happenings to remain connected with large populace.On all these platforms he writes down his deepest emotions about the policies and concern about the world policies and poverty. However with the aid of digital media or social media, primary purpose of the Narendra Modi was to reach out to large target audience or voters with their message and vision. And without using technology or digital media it was not possible for any individual or party to come across with huge voters in short span of time. Hence the role of digital marketing may not be overlooked today.

Not only digital marketing but also he had used public relations and advertising in order to create synergy. And because of popularity of Narendra Modi on social media, BJP not only appealed to vote but also to donate. Almost every hash tag related to Narendra Modi and BJP trended till election results were not declared. With the comprehensive digital marketing strategy of Narendra Modi several universities or business schools have incorporated case study of Narendra Modi marketing techniques in order to render students a view that how digital marketing may create so big affect. Conclusion BJP has comprehensibly planned various campaigns for social media as well as implemented successfully on social media. All possible digital platforms were used to convince people to vote for the party. Most imperative thing about Modi’s campaign is that his team maintained consistency throughout elections whereas competitors of Narendra Modi surrendered amid an election campaigns. #Namo has become a household name or a name for which people wanted to make him win.
Digital & Ecommerce
Share on Facebook Share on twitter

its awesome planning by digital marketing

Political Memes: Crowding All Sides of the Fence - Skarma Blog

[…] Narendra Modi took to social media to reach the urban youth, like a fish to water. His Facebook page had more than 29 million likes and the communication was in English, even though he generally speaks Hindi. Three parallel campaigns were launched, which had high digital backing: Abki Baar Modi Sarkar, Janta Maaf Nahi Karegi, and Acche Din Aane Waale Hai. Apart from running digital campaigns, he became very active on social platforms himself, in order to have conversations with the youth and address them directly. A good read on how he used digital media to secure his win can be found here. […]

Nice blog thanks for sharing this information Worth reading Keep writing.

Very true! In fact, we can say that Narendra Modi is a smart politician in India who know better that how to reach with all types of citizen whether they are 18 years old or over 75 years. Through the effective utilization of social media, Narendra Modi was able to reach the interior section of society. I have read the case study of Narendra Modi which I would like to share with you that https://www.socialbenchers.com/big-data-driven-political-campaign-strategies-with-real-case-studies which represent how they have adopted big data-driven political campaign strategy to take the advantages of big data and analytics to strengthen their decision-making process and improve governance.

Wow, this blog is awesome. Wish to see this much more like this. Thanks for sharing your information!

Very Informative blog! Keep up the great work and keep on sharing your knowledge. I am glad that I came across your blog.