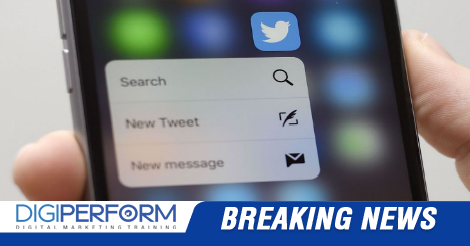 -
0
Twitter has rolled out a new format called ‘conversational ads’ that will allow the brands in getting the users to spread their messages more frequently and giving bonus content or offers in return.

The new format will unlock a variety of exclusive brand content like movie trailers, recipes or interviews for the users who reply to or retweet. As of now the ads are available as a beta testing and features a call-to-action button bringing up a pre-composed tweet with a brand message. Users will also be able to personalize the message before sharing the tweet with their followers. “For many years, marketers have successfully increased their brand engagement using Promoted Tweets with compelling images or videos and campaign hashtags that drive retweets, likes and follows,” Twitter stated. “Conversational ads take this a step further by including call-to-action buttons with customizable hashtags that encourage consumer engagement.” As revealed by the social networking giant, the new feature is an amazing tool for brands because the paid posts generate organic posts that will create a prosspect for more earned media for no additional charge. As claimed by Twitter, the retweets & responses of people using the conversational posts have generated an average of 34 views for every 100 of the actual ad resulting into an earned media rate of 34 percent. Coca-Cola, Marvel, AMC and Unilever-owned Axe body spray are some of the brands that gained early access to the features. AMC employed the feature to create a buzz about its series The Walking Dead during San Diego’s Comic Conlast month. The campaign made use of an exclusive trailer for enticing the fans and that they had to individually tweet for viewing the same. Twitter also began another brand-friendly test last month that shows Promoted Tweets to people who visit the website without logging in.
Social Media Marketing
Share on Facebook Share on twitter