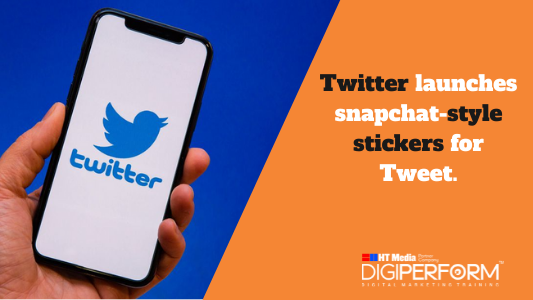 -
0
In a bid to boost engagement, Twitter has introduced #Stickers with a library of props for users to add to their photos, following Snapchat’s strategy.

Users can select emoji, and props from the library of hundreds of accessories to make their photos more fun while browsing Twitter’s rotating sets of stickers and join in on real-time conversations. The best part is the stickers are searchable. Once the users tap the sticker on a photo they are taken to a search option showing how others have used the same sticker on their images. This has been described as a ‘visual spin’ on the hashtag by Twitter that launches yet another strategic way for brands to target users by interest. The social networking site recently introduced a new feature of targeting ads by emoji use. The feature allowing to add stickers to your photos will be rolled out in the next few weeks for people using Twitter for iOS and Android.
Social Media Marketing
Share on Facebook Share on twitter