What made Sport Chek to swap newspaper for Facebook ads: Decoded 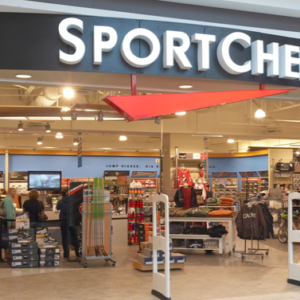 About the brand: Sport Chek

Sport Chek is the largest Canadian retailer of sporting clothing and sports equipment, with stores throughout Canada. The company was posting tire circular to Canadians every week but only 17% actually read it. So they switched to Facebook ads in 2 week experiment and saw a 12% spike up in national in-store sales and a 23% spike up of in-store sales of items specifically promoted on Facebook.

Canadian Tire Corporation and its subsidiary, Sport Check had become kind of completely relied on the paper circular to convey their marketing messages and so had become the customers to learn about weekly store sales. The Canadian Tire circular that went to every house in Canada every Saturday morning had become the most-read piece of paper in all of Canada. However, in last few years the team at Canadian Tire had began questioning the merits of its circular. “We learned that only 17% of people that received the circular actually read it,” says Duncan Fulton, Chief Marketing Officer at FGL Sports and SVP at Canadian Tire. While hunting for better alternatives to its most trusted marketing tool, the team at Sport Chek settled on trying something extraordinary in Canadian Tire’s 92-year history and that was shifting the advertsing budget from conevtional to digital marketing, from circular to Facebook

Sport Check conducted several tests related to the digital platforms that went for almost 18 months. The company finally came to a decision of pulling the Sport Chek’s paper circulars out of market for two weeks to experiment with digital advertising, mainly through Facebook.

The decision of swapping newspapaer for Facebook was actually a big deal for Sport Check, a company that was highly dependent the circular. It was actually a high-stakes experiment that of course paid off. Within two weeks of advertsing on Facebook, the company saw a 12% increase in national in-store sales and a 23% increase of in-store sales of items specifically promoted on Facebook. “The results of this test,” says Duncan Fulton of Sport Chek, “blew our minds.
sports and recreation
Share on Facebook Share on twitter