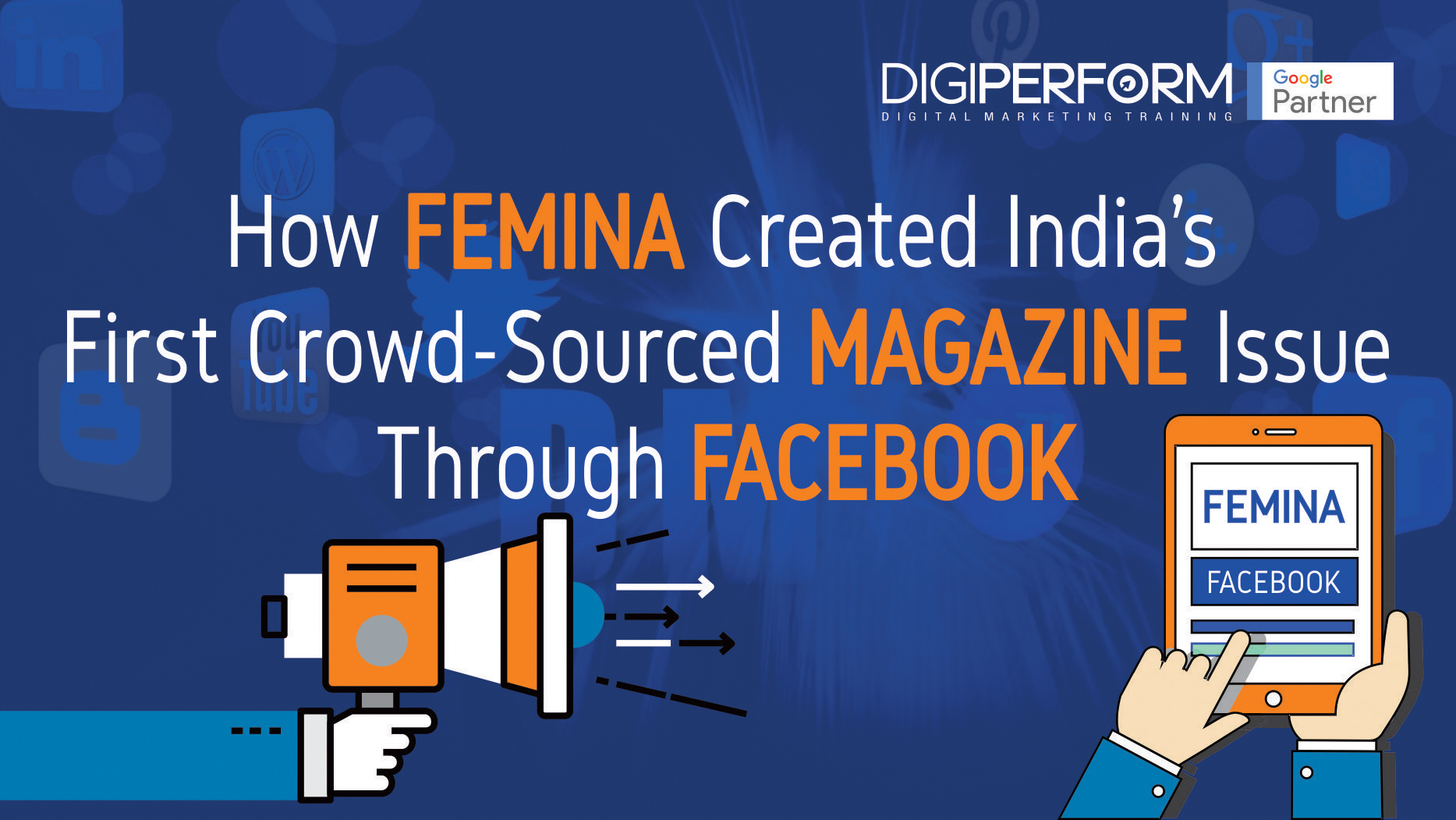 A sneak peek of the complete story: The Brand: Femina Magazine The Challenge: Crowd-source the magazine issue by allowing Indian women to write for it The Execution:  Used Facebook App as a platform to attain goals The Success: 7000entries and over 12 million impressions The Brand: Femina Magazine Femina is the leading women’s magazine brand in the country. Its success is built on its connect with the Indian woman, in every area of her life. Femina communicates about the latest in Fashion and beauty, and also covers her other areas of interest such as stories about women achievers, health, fitness, relationships, career, food, books, movies, etc. With its expert speak sections, the magazine also enables the woman of today to stay updated with all that is relevant to her. The Challenge: Crowd-source the magazine issue by allowing Indian women to write for it The magazine wanted crowd-source its issue by allowing women in India to express themselves for which they used a Facebook app as a platform for them to contribute to a special edition of the magazine that actually created a great fervor among ladies in the country. After a number of social upheaval in the country that had led the Indian women to uprise it seemed the right time to the company to create a platform for them where they can comfortably talk about the impacts. The Execution The magazine designed an issue of the copy titled ‘Made by You’ allowing Indian women to contribute to the magazine that corresponded to them via a Facebook application.

The app was based on a very simple idea that if the ladies have a story the magazine has a space. Participants were asked to submit a sample of their written work whether it was a story, a blog post or an essay and if their work went well with the magazine they were assigned an article to write. Apart from this women on the Facebook page were also invited to give their opinions on different topics. After the selection of the contributors was conducted, the Femina India editorial team made use of Google Hangout as a meeting space and a live platform for the writers from across the country to share ideas. This actually created a buzz among the ladies as it gave them the opportunity to be introduced to the editorial team remotely. Moreover, Femina also encouraged the ladies to promote their article within their social networks and become a word of mouth creator. The Success: 7000entries and over 12 million impressions The Made by You issue was widely acknowledged and responded by the women in India. It received 7,000 entries from more than 21 cities in the country, out of which 75 women were chosen to write for the special issue. The theme that ladies mainly chose to write about varied from determination & relationships to priorities, humanity and a concoction of truism. Total number of impressions on Facebook was 12.1 million with a total reach of 2.97 million. While daily people talking about the issue reached 120,394 people the Facebook page saw an increase of 41,435 fans and received 32,275 likes. Total shares were 4,898 and there were 5,822 comments on Facebook posts. This was an exemplary of the power of digital medium for how it helped the magazine publish the county’s first crowd-sourced issue by realizing that a passionate reader can also make a great editor.
Digital & Ecommerce
-
1
Share on Facebook Share on twitter

I get fired up pretty easily. Sometimes the hardest part for me is deciding where to focus my crazy energy. For two years, I wrote a book (currently agented but unsold). Now, I’m trying to make some serious headway on my financial situation. Needless to say, I’m a bit goairo-lented. I have seen Danielle mentioned on other blogs, and I’d love to get my hands on her new book!