With a Growth of 51% Indian Ecommerce Revenue is highest in the world: ASSOCHAM-Forrester 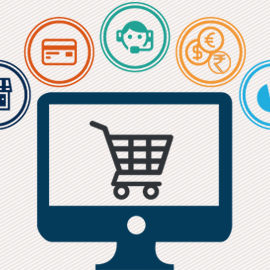 A recent research conducted by ASSOCHAM-Forrester reveals that India’s e-Commerce revenue is growing at an annual rate of 51%, which is the highest in the world and is expected to reach $ 120 billion in 2020 from $30 billion at present.
The three factors driving this growth according to the study are:

Although the base in India could be very less when compared to China and other giants like Japan but the growth rate in the country is way ahead of others. While ecommerce in India is expanding annually at a rate of 51% that in China is growing at 18%, Japan 11% and South Korea 10%, as per the joint study.
Talking about the number of internet users, with annual additions of 25 million, India has outrivaled countries like Brazil and Russia even within the BRICS nations. At present, the country has an Internet user base of 400 million whereas Brazil has 210 million and Russia has 130 million of internet users.
The idea is that of 400 million online users, about 75% are in the age group of 15-34 years making India one of the youngest demography globally.
“This is expected to be a continuing trend in coming years, given the age distribution in India”, said D S Rawat, ASSOCHAM Secretary General. It is not surprising to see the growth among categories focused on younger audiences in the last 12 months, added the paper. The maximum online shoppers are from the 15-24 years of age group, comprising both of males and females.
Whether it is online travel or retail, there is a significant growth across almost all the domains. When on the one hand online travel has seen growth across all subcategories irrespective of whether it is information sites, airlines, hotels, car rentals or travel review retail penetration has reached 65 million unique visitors a month making up for an annual growth of 55%.
However, the point to be noted is that almost 60 to 65% of the total e-commerce sales are being generated by mobile devices & tablets and that shopping through smart phones is proving to be an impressive transformer. As per the report, the industry leaders believe that m-commerce could put in almost 70% of the e-commerce revenues.
Source: The Times of India