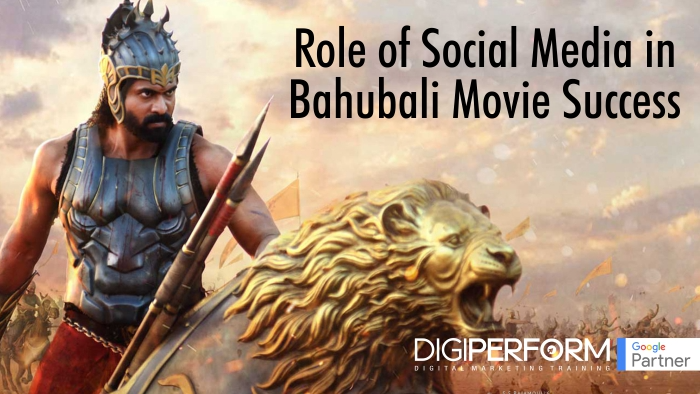 Whenever we hear the movie name Bahubali, only one slang comes in mind – “Pehle ye btao -Kattappa ne Bahubali ko kyu mara (First tell me, Why Kattappa killed Bahubali)?” This has become a household mimic for any conversation that you feel to end.

Bahubali is an Indian bilingual epic historical fiction movie directed by S.S. Rajamouli, produced by Shobu Yarlagadda and Prasad Devineni, in the two cinematic parts (first release in 2015 as Bahubali: The Beginning and second release as Bahubali: The Conclusion in April 2017). Originally shot in South Indian languages i.e. Telugu and Tamil, it has also become a great hit in North India when Dharma Production released this monumental movie in Hindi.

Bahubali is now popularized as the most expensive Indian movie (INR 2.5 Billion) until date. With its epic style, Bahubali made sure to use Social Media Marketing as a tool in a best possible way. Bahubali has used all the tactics of Digital Marketing to maintain its dignity with severity. Bahubali has 35.42 lakh likes on the Facebook page, 1.48 lakhs followers on Twitter, 1.38 lakhs subscribers on Youtube and still increasing day by day. Here let’s discuss how Social Media helped to Bahubali to hold its grip high.

Bahubali has utilized social media in such a way that has been refreshed, grabbed the attention of the viewers eagerly to see something new on Facebook, Twitter and Youtube, which has also helped in the promotion of their second part release. Bahubali has made a remarkable history in showing what they exactly wanted and stood out unique with their Digital Marketing Campaigns. With its second release too, there has been a positive buzz online with hashtag and shares. Other facts of Bahubali so far: