23 Most Interesting Facts about Google on its 18th Birthday 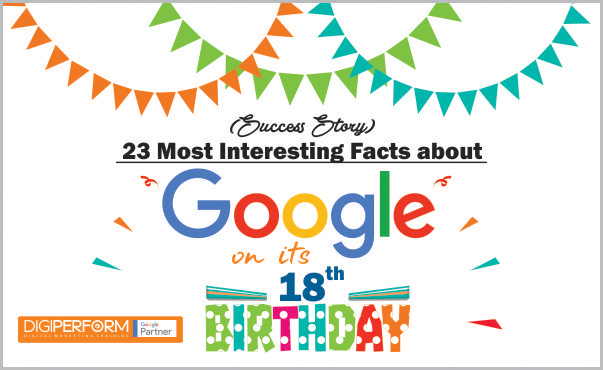 -
1
This year on the 27th of September, our best friend who answers almost all our queries provided that’s not very personal, Google turned 18 entering into its adulthood, officially. Sorry for the poor joke but unofficially the search giant was anyway an adult, for we have been asking all sort of question from this under 18 kid all the way through. Celebrating its 18th birthday, the tech giant has a shared a Doodle with us that was filled animated balloons created by artist Gerben Steenks. Talking about this first go-to-place for all our queries let me tell you there are a lot of mind-boggling and incredible facts about it that a lot of us are unaware of. I don’t think there would be a better time than this when we can share those with you. Here are 18 most astonishing facts about our favorite search engine- Google!

Google and its Founders