Facebook to roll out new features for small businesses-Digiperform 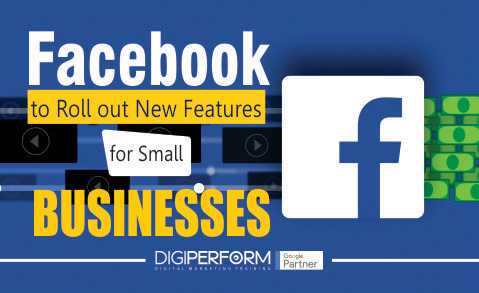 -
0
In an initiative to make it easier for small businesses that want to market their product or services to consumers on other countries, Facebook is all set to expand its services for them. As announced by the social media giant on Thursday, various features will be added to its small business sites allowing them to search for and advertise to consumers in various other countries. The new feature will allow the small businesses to choose the countries they want to target helping them to aim at consumers in specific regions or the entire world. As revealed by the report the new features will be available to small businesses around the world. As of now, 60 million businesses have Facebook pages, and over 1 billion people using Facebook are connected to at least one business in another country, as disclosed by the social media company. One of the main factors that acted as catalysts for the expansion was the data that showed how Facebook users and small businesses are increasingly engaging in cross-border transactions, as revealed by the report. Other important factors included multiple requests from companies asking for more tools to help them expand. “The No. 1 thing they want is the ability to reach more customers,” said Sheryl Sandberg, chief operating officer of the Menlo Park, California-based company. The social media company is also providing online seminars and a handbook for helping the businesses that want to learn about global marketing issues. Some of the main topics covered through these seminars or handbooks are gaining the competence to provide enough products for any stepped-up demand as well as the major challenges including shipping goods to other countries and so on. Source: The Times of India
Social Media Marketing
Share on Facebook Share on twitter