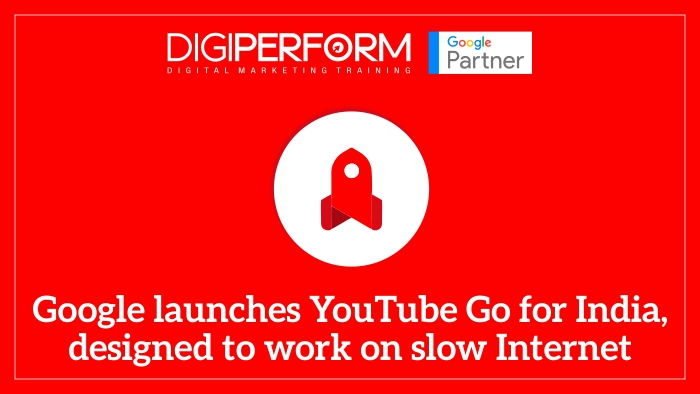 -
0
As announced by Google at its second edition of Google for India event, held in the national capital on Tuesday, the search giant is launching an Android app for India called YouTube Go. The app however is in beta and will be rolled out officially in early 2017. The YouTube Go is in actual fact a toned-down version of the original YouTube app created purposely to work on slow Internet.  However, as claimed by Google the new app for India is not just another Lite version of the original YouTube app but a revamped version of it, created for markets like India where Internet connectivity is found to be slow. The main four things that the YouTube Go app focuses on are: The app that is almost reworked from the scratch uses a different home screen along with a new logo. With a simple interface showing a total of ten videos by default, the app offers a search more option below. As far as iOS is concerned, there is no clue as to when the app will be available. “We’ve always believed that connectivity should not be a barrier to watching YouTube. In 2014 we launched YouTube Offline so you could watch videos without suffering from buffering. A few months ago we rolled out Smart Offline, a feature that allows you to schedule videos to be saved offline later at off-peak times, when there’s more bandwidth so data is faster and cheaper. But we realised that for the next generation of YouTube users to fully discover all that YouTube has to offer, we had to reimagine the YouTube mobile app from the ground up,” Johanna Wright, YouTube Vice President for Product Management said. According to Google, YouTube Go will help users in saving and watching videos smoothly even in poor connectivity. The app currently present in beta supports five Indian languages however by the time it will go live, YouTube Go will support up to 10 Indian languages. The report also revealed about the most striking feature of the app i.e. its smart preview function that helps users in basically checking out what they are going to watch and/or saving for later, before they do that. “On YouTube Go when you tap on a thumbnail, it’ll trigger a quick preview of the video, giving you a better sense of what the video is about before you decide to save or play it,” the company said in a statement. The preview feature will allow users in selecting the desired resolution between low and standard as well as watching their videos or saving for offline viewing. Users will also be able to share these videos via Wi-Fi direct transfers. With a whole new method of monetization the app will feature 6 second long bumper ads unlike the regular YouTube app offers. Source: India Today
Digital & Ecommerce
Share on Facebook Share on twitter