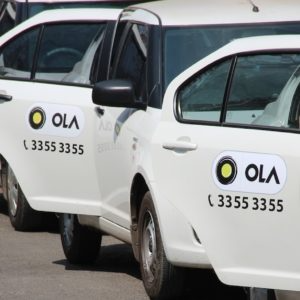 Ola is one of the leading cab service provider of India. Presently, It has presence in about 85 major India cities that help people roaming at reasonable rates, and provide commuters an option to book a cab either an online or through its smart phone app.

Objective behind Facebook marketing Campaign
Despite being so many social networking sites in the market, Ola determined to make use of Facebook to run its first campaign because penetration of users on it is very high. With Facebook, the brand gets freedom to target right people, at right time while with any offline or even online channel the brand cannot increase awareness in such short span. That’s why Ola used Facebook to run its #ChaloNiklo campaign so as to increase awareness about its brand.
Ola strategy for Facebook marketing
In order to make campaign a success, Ola shared targeted and engaging photo ads and video ads featuring content of its #Chaloniklo campaign. All featuring content included captivating call-to-action thereby people might propel to download Ola cabs app. Ola also used Facebook to route people to their website, and also ran mobile app ads to redirect populace to Ola cabs app.
Primarily, Ola targeted people who were working professionals aged between 21 to 40.  Further segregated target people on demographic and gender basis. In addition for generating quick outcome the company targeted consumers on location basis, particularly leading Indian cities.

Facebook Helped Ola to increase sales
With Facebook campaign, the consumer acquisition rate increased and searches concerning Ola cabs also increased, sales boost up by 60% as a result.
Hence, Ola chose Facebook over other digital media means because it has largest user base across India. The targeted campaign setting makes it more reachable and gives companies a high return on investment. However, with FB marketing, app users increased, the company began getting maximum booking as a result. Remarketing targeted those who might have watched our first campaign called #Chaloniklo.