How a Wedding Planner double its revenue via Facebook Marketing? 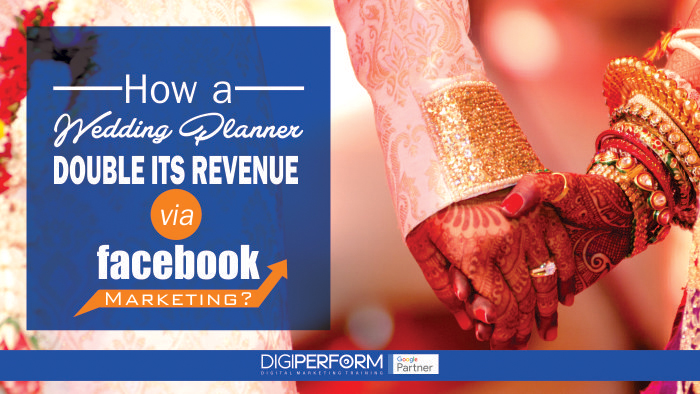 The Brand & the Story:

Whether it is about wedding fashion & jewellery or booking venues & photographers, The Wedding Brigade presents couples with everything they need for an Indian wedding. The online wedding planner does all that is required in making wedding planning easier and more fun. The online wedding planning company was recently launched in November 2014. With an idea to secure venture capital funding, The Wedding Brigade had a few top objectives to be achieved that included growing its customer base and increasing its revenue by at least 30% month-on-month as well as reducing the conversion costs at the same time.

“To receive funding in such a highly competitive environment, it was really important to show that our product traction could lead to revenue. Building a community and advertising on Facebook and Instagram helped us achieve that goal.”

Working towards the niche targeting

The Wedding Brigade had almost the same objectives every fresh startups have that include building brand awareness and growing the audience & revenue. The marketing team at The Wedding Brigade decided to run a series of carousel ads displaying a range of products, and discovered that the images showing the way of using or wearing featured items r telling a story were all the rage. Moreover, with the help of short & punchy video ads focusing on a single message such as “Head Jewellery to Make Heads Turn” the brand could track videos influenced the most purchases. Products used:

Happily ever after: Doubling the conversion & the revenue

The campaign not just helped The Wedding Brigade in reaching millions of potential customers but also help the brand lower its cost per conversion that in turn helped it in increasing its Facebook marketing spend by 2X per quarter.

Highlights of the campaign that run between October 2015 and January 2016: