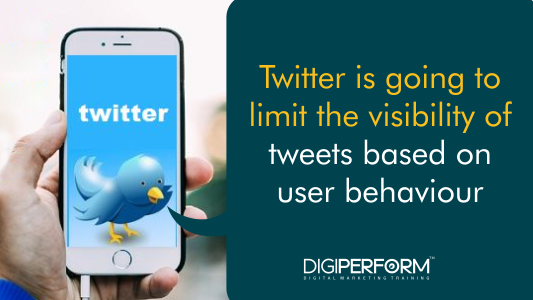 Recently, Twitter has announced a massive change in its content (tweet) policies with an attempt to improve the conversational health of the platform. As per Twitter, the motive behind this new initiative is to modify the way conversations generally happen on the platform; based on the actual behavior content and conduct of users of their tweets. Twitter has shared on its blog that one of the important issues they’ve been working to address is what Twitterati might refer to as “trolls.” Some of the troll-like behavior is fun, good and humorous. However, what Twitter is actually talking about the troll-like behaviors that distort and detract from the public conversation on Twitter, particularly in communal areas like conversations and search. It violates Twitter policies and attracts distortion, confirmed by its CEO Jack Dorsey in March.

According to Twitter testing, the results have come out that less than 1% of accounts make up the majority of accounts reported for abuse content. It’s not just the content of individual tweets, but the way users behave more broadly on the platform. The action of these accounts has a disproportionately large and negative impact on people’s experience even being a small percentage on Twitter.

The platform will be evaluating not only the content of individual tweets but how the way Twitterati behave on the platform. The algorithm will be using thousands of behavioral signals like filtering search, replies, and update recommendations. If the Twitter algorithm believes that any Twitterati is trying to modify or distort the conversation and acting like a jerk; it will automatically push (lower) down the tweet at the bottom. Twitter will be able to improve the health of the conversations and experiences on Twitter by using new tools to address the conduct from ethical and behavioral perspective. It won’t be even waiting for the users to report such abuse content or potential threats to them. It’s a one step ahead action to create a user-friendly experience and maintain peace on the platform. The initiative is meant to get out ahead of problems that might normally result in an abuse report and spoils the user experience under the existing system. In testing, Twitter has said the changes led to an 8% drop in abuse reports on conversations (the discussions that happen in the replies to a tweet) and a 4% drop in abuse reports in the search. These drops, the company believes, indicate that something is working.

Behavior signals that could result in content getting demoted include:

The changes will be rolling out from this week with new behavior filters that will be optional; however will be turned on by “Default”. The users can see “Show Everything” toggle in search where any they can even turn the filter on and off. No wonder, the changes are part of life. However, this is not the end of the game. Even a system like this or any new model; people will figure out how to game it, take advantage of it but the company will do everything to make the user experience valuable. ——————————————————————————————————————————————— Similar – related social media updates:
Tweets Twitter Content Policies
-
1
Share on Facebook Share on twitter

It is one of the best social media platforms with an average of about 328 million active Twitter users worldwide. Using Twitter strategies can be one of the most effective ways to keep your name.