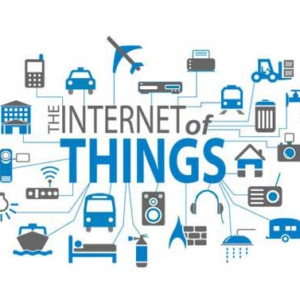 A Sneak Peek of the Complete Story:

Tata Consultancy Services is an IT services, consulting and business solutions organization that delivers real results to global business, ensuring a level of certainty no other firm can match. TCS offers a consulting-led, integrated portfolio of IT, BPS, infrastructure, engineering and assurance services.

Ever since 2011, the Complete Reimaginative Force was the sixth global trend study conducted by TCS in the market. The study was based on what large companies are doing with ‘Internet of Things’ technologies.

The Objective of the Campaign

TCS wanted to reach out to relevant audience on social media and not only influence them to download the study but make them influence other similar stakeholders to download it. The main aim for the brand was to augment the engagement & conversations around the IoT study on Social Media as well as amplify the number of downloads to the Global Trend Study through the online social outlets.

Interesting messages were extracted out from the Global Trend Study for holding the interest of the audience and influencing them to read more of it. It would have been incomplete without an equally compelling image to catch the eyes of the audience. In fact, a new image template dedicated for the Global Trend Study was created, which was quite different from the template TCS generally follows on Social Media. In order to make it more gripping messages for social media were created with hooks like Did you know, know how, and real-time statistics & facts were used to invigorate the interest of the audience.

The next very important thing for them was the identification of the relevant platforms for promoting the Trend Study. Based on the type of the study & the target audience for it, LinkedIn was recognized as the primary platform.

The Success: Increase in reach & downloads for the Global Trend Study

Till March 2016 the Global Trend Study had seen 9000+ unique downloads of which the largest chunk of almost 3000 downloads were from Social Media. Not just that the campaign garnered 25101046 impressions on social media and was mentioned by over 500 user accounts on Twitter. It also witnessed an average LinkedIn engagement rate of 0.7%, twitter engagement rate of 1.1% and a total of 561,100 YouTube views.
Digital & Ecommerce
Share on Facebook Share on twitter