India has the second largest LinkedIn user base 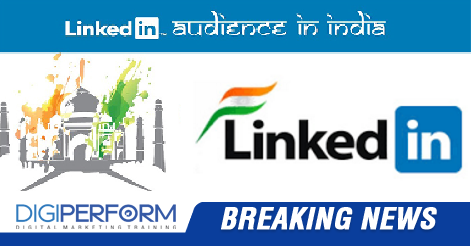 -
0
Mainly driven by India, Microsoft-owned LinkedIn has crossed a mark of 100 million users in the Asia Pacific region, according to new data. India has the second largest user-base for the business-based social network after the home market with 37 million members. As revealed by LinkedIn, the member base in the Asia Pacific region (APAC) has doubled in last two years representing 22% of LinkedIn’s global member base of over 450 million at present. Talking about the other countries with maximum user base, China has over 23 million members, while Australia accounts for about 8 million members in APAC region. At the same time, with 18 million the user base across Southeast Asia is also increasing significantly, including 6 million in Indonesia, 4 million in the Philippines, 3 million in Malaysia, and 1 million in Singapore. “The rapid pace at which we doubled our member base from 50 to 100 million members makes this milestone even more special. At this scale, LinkedIn is in an even stronger position to help members connect to economic opportunity, whether it’s a new job, a promotion or other business opportunities,” LinkedIn Asia Pacific and Japan Managing Director Olivier Legrand said. Legrand added that 40% or 280 million of the world’s professionals are living and working in Asia Pacific and therefore, there is a big scope for LinkedIn to grow. “As the region continues to gain momentum as a key economic driver, we can’t wait to see our members become even more successful and extend their influence across the world,” he said. Apart from the local connections, the top three countries Indian members are connected include the US, the UAE and the UK.
Social Media Marketing
Share on Facebook Share on twitter