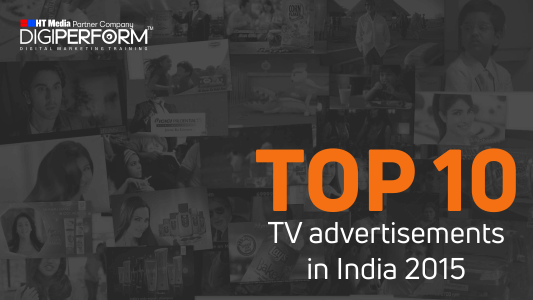 -
3
Thousands of advertisements would release on various TV channels and other social media channels like Youtube every day. But only few are watched and remains in psyche of the people. As you know that memory of human being interlink the things, so if you watch any ad, and like it, of course it will remain in your memory. Consequently as you go in market for shopping, and see the product whose advertisement you watched, your mind starts interlinking, thus influence your buying decision. In addition market research says that majority of customers buying habits are based on advertising whether it is through TV commercial or grapevine. Therefore in order to persuade people, advertisers try to create a ad so that it propels the target audience. So as to make commercial a success it should have at least one ingredient out of social message, informative content with humor and an emotional appeal. Along with comprehensive social media strategy is also essential to take up your ad to large target audience. About 2 decades ago people were not enough fortunate, as in the name of technology there was merely a box type TV, which used to be remain closed for almost 22 hours because antenna rarely clutch the signal. If watching TV they did not have an option to skip the advertisement. But today, with the dawn of digital technology people don’t have enough time not only to ad but TV also. Or what if when ad is propelling? People watch. Here are 10 top TV ads in India 2015. # 1 Nescafe- #StammerRishi Since the release, this Nescafe ad has been watched by more than half million people. With the high emotional appeal what the advertisers wanted to convey, conveyed successfully. Rishi, a prime character in ad played a standup comedian who stammers, talks about his bad experiences and then relate his experience to product Nescafe. Or how the product helped him or his audience energized. On social media also this ad was shared by huge number of people on their walls. #2 Bournavita – Swimmer # Tyari jeet ke Nescafe ad was completely relating to the social issue with high emotional proportion while this Bournvita ad is showing the emotional relationship of mother with her son, and how mother inspires her son by going through same pain and practice as son does. However, an intense emotional as well as motivational factor put in this ad, and theme also relates to product. So far, this ad has been viewed by more than one million viewers. # 3 Idea- #NoUlluBanoing Like all idea ads this ad is an informative and educating people that how they may remain aware by using an idea network. In short, this ad aims to teach people about so many real incidents and sayings that used by people to misguide people, but by using an idea network internet they may avoid such wrongdoings. What an idea sir g. #4 Amazon-#AurDikhao In the new advertisement Amazon has tried to reach out to diverse people of India with a clear message, that on our site you will find a across varieties of all states of India. In addition this ad was made keeping the psyche of Indian people, as they first see thousand things then buy one item. #5 TBZ- Shoes This ad has touched the heart of millions as it tries to connect people with specific custom or ceremony that takes place during every Indian wedding. So, however this ad touches the emotional chord of the people. #6 Feviquick ad- #TodoNahiJodo You might have heard about the daily meeting of Indian and Pakistan armies at wagah border. Yes, this ad was made on the theme of wagah border India and Pakistan daily parade, humor and dig at Pakistani soldier makes this ad popular amid Indians. #7 Star Sports-Mauka Mauka Suresh Triveni, director of Bubble wrap films and his team was the brain child behind this ad. This ad depicts that how people in both countries are crazy about cricket and eager to win the match and seeing that this is the last opportunity to win the watch. This ad has been viewed by more than 3 million people till now. All the ads made in this series were success to reach out to cricket lovers. # 8 Micromax Unite India Advertisement In spite of having so many languages and miscellany, we are Indians first that is what shown in this advertisement. As we all know that cricket is alike religion in India, so the theme of the ad is cricket. This ad has got nearly 11 lakh views and still counting. # 9 Samsung Note 4 This ad illustrates the relationship of a dad with his daughter, and how Samsung note 4 may help his daughter learn new things and at the same time in making office presentation on the phone as well. So far more than 3.5 lakh people have watched this ad. #10. Coca Cola- #Bidaai The “taste which everyone wants” the tagline of the this ad suits the theme of the advertisement. Ad is conveying that even newly brides after a hectic wedding rituals demands a coke from her Groom. Since release this ad has been viewed by almost 2 million peoples on Youtube. The above ads are considered most watched TV ads on youtube. In other words these are 10 best Youtube ads in India 2015.
Share on Facebook Share on twitter

some of these ads are beyond our imagination and are truly amazing……..

Who did all this ads?

That one was very outstanding to read, nevertheless I believe I have actually read something very much the same on some other website. Excellent bottom line nevertheless, liked to read it!