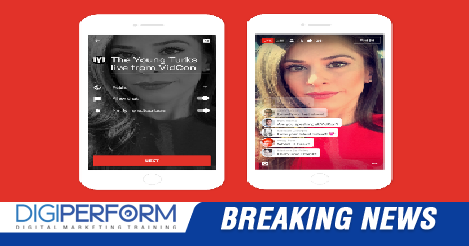 -
0
YouTube announced recently that online video sharing company is going to launch its very own live-streaming feature for the mobile app that will be available to all users very soon. The new feature will allow the users to broadcast live video from their mobile devices by just hitting a button. The online video sharing company also presented a quick demo of how the feature works while it made the announcement at VidCon. Very similar to that of Periscope, its interface includes viewer comments scrolling up the screen in speech bubbles. With a viewer count & like count, the live broadcast interface also includes a button for switching between the front and rear cameras. The feature also allows the users to take a photo before starting their live stream for adding it as a banner for their broadcast. Facebook and Periscope have already rolled out this feature to the public however YouTube claims that the feature it’s rolling out will have an edge over its competitors due its infrastructure. With one of the biggest chunk of video content available with it’s at present the Google owned video streaming company has a wider range of audience. The new feature once rolled out will allow the users to search live broadcasts just like the way they have been searching for recorded videos. As claimed by YouTube, the feature will be faster & more reliable than any other live streaming product in the market. As of now, the live-streaming feature is available to only a few YouTube content creators, including AIB. Source: YouTube
Video Marketing
Share on Facebook Share on twitter